There is an interesting quote from a fantasy author named Brandon Sanderson.  He says, “Once one becomes a man, he can and must make his own decisions. But I do offer warning. Even a good thing can become destructive if taken to excess.”

As a minister we make many decisions as to policy, mission, purpose and methods in the church.  One assumes that these are all decisions that are supposed to in one way or another benefit the local church and ministry.  But when do you have too much ministry?  Does that sound strange to your ears?  It should…we ministers are in the ‘helping’ professions.  We want to help people; it is usually not in our nature to say ‘No!’ to anyone.  The reality is that too much ministry CAN be harmful to ourselves, our family and our church.  Here are a few ways you can determine if this is happening in your context.

People will tell me I don’t know what it is like to be in a small church where you have to be this involved to minister effectively.  My church averages 25 people in Sunday worship.  When we first came to this present assignment we had a fair number of pew warmers, while our Church Treasurer played the piano, led worship, was the Missions President and cleaned and decorated the church.  We saw she was drowning, so the first order of business was to relieve her of some of those responsibilities.  We found out what she felt called to do.  we found out what she was doing just because she felt someone had to do it.  We approached a couple ‘pew warmers’ and asked them if they would like to help..and they enthusiastically said yes.  At least one ministry was side-lined.  Not only did the church survive, it grew.  More importantly it grew spiritually as people took ownership.

Rick Aster in his book ‘Fear of Nothing” says, “Most of us try to do too much because we are secretly afraid we will not be able to do anything at all.”   John says in 1 John 4:18…“There is no fear in love. But perfect love drives out fear, because fear has to do with punishment.”  Sometimes the punishment is implicit in the doing.  We do because we are afraid, but we harm ourselves in the doing.  On the other hand, Jesus says in Matthew 11:28 “Come to me, all you who are weary and burdened, and I will give you rest.”  Perhaps we need to listen to and act on His words.

Everyone likes to think their own approach is best, but most really successful people have a realistic view that there is normally a trade-off somewhere along the line.  ‘Compromise’ carries some negative connotations for us as Christians.  But when we take the lifestyle of a bivocational pastor there are indeed some trade-offs that we must recognize.  If our approach is healthy it is possible that those trade-offs can be utilized to enhance our effectiveness rather than prove a detriment.

The biggest trade-off we need to recognize is that of ‘time’.  A fully-funded pastor, or at least one whose entire day is spent on ministry has much more time to devote to tasks.  It is possible for instance for a fully-funded pastor to spend an entire weekday doing hospital visitation, spend time on community activities or attend denominational meetings.  For the bivocational pastor this is rare indeed.  Time is a precious commodity in any case, but even more so for the pastor [cryout-pullquote align=”left|center|right” textalign=”left|center|right” width=”33%”]The good side of the tradeoff is that  both we and the church itself become more efficient. [/cryout-pullquote]whose time is defined by the boundaries of a job outside of ministry.  To be effective the bivo pastor must learn to manage time very well and to prioritize, delegate or eliminate activities traditionally deemed indispensable.

The good side of the trade-off is that  both we and the church itself become more efficient.  More time goes into the really necessary items, leadership in the church is delegated to laity who may previously have sat back and watched the paid minister do it all.  The philosophy of ‘Every Christian is a minister’ can become reality!

Another, and much more poignant, advantage is that the bivo pastor becomes financially more solid.  I say poignant for a particular reason.  A few days ago I spoke with the pastors wife in the church where my step-mother attends (http://www.nazkine.com).  It came to be told the pastors wife was helping my stepmother by buying her food…with the pastors own food stamps.  This full-time, fully-funded pastor was in the position of having to take food stamps in order to survive.  I have never been in that situation and it breaks my heart to see a pastor doing so.  A number of years ago it was told of a pastor in our area that he and his young wife lived in a parsonage for nearly two months in the Northeast winter with no heating oil in the fuel tank.  When his board found out and asked him ‘Why?’,  he said he did not want to impose on the church, knowing that finances were tight.

So, the trade-off…time?  Or money?  For some people it sounds more spiritual to say they are giving up more secure finances in order to devote more time to ministry.  Is it really more spiritual to live life as an ascetic?  Or would you rather see that our family is taken care of and the church becomes more efficient and live out its mission?  Only you can decide, and it depends on your own situation.  As bivos we will always face the trade-off with time, but it does help to know that it may well be worth it in the end.

(Disclaimer: This particular post is geared mainly towards small churches that may have borderline finances.  Obviously larger churches may not fall into the realm where this is a concern at all.) 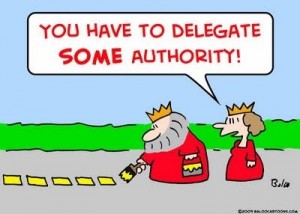 Of all the truths and half-truths circulating out there about bivocational pastors, perhaps one stands out above the others. “Having one or more jobs outside the church means pastors have less time and energy for church programs”.  In other words, when a pastor is trying to juggle a secular job with family time and church programs, he or she will have less time and energy for dedicated ministry.  This usually means either family time suffers, or programs are neglected.  All in all, this means the bivocational minister is going to have to be creative in order to get it all done.

Years ago my wife and I underwent a selection process including psychological testing in order to qualify for the Salvation Army School for Officers Training.  the psychologist told us afterwards he found we had two areas which needed improvement.  We needed training in conflict resolution as a couple, and we needed to know how to say ‘No!’. He told us saying ‘No’ is a common problem with ministers.  We are naturally trying to help people as much as possible, but that not prioritizing and being able to say ‘No’ leads to overload and burnout.

All of which leads us to Jethro.  When Moses brought the Israelites out of Egypt and into the desert he found that his new nation had many problems needing resolution.  So, as Israels new leader he tried to solve each problem personally.  When his father-in-law, Jethro, came to visit, he told him that “…what you are doing is not good” (Exodus 18:17)  He was solving the problems, but he had no time for anything else and was eventually going to burn out.  Yes, the problems needed solving, but he did not have to do it all himself! Jethro advised Moses to pick men to be in charge of various levels of conflict resolution.  Men in charge of the smaller groups were to address the issues of individuals.  Difficult cases were handed up to the next level, and so on, until a few very special cases were brought to Moses.

Yes, the programs at your church need to be taught, administered and planned.  But the minister does NOT need to be the person doing it all.  As a matter of fact doing so can harm the health of your church.  Within each church is a pool of people who each have their own God-given gifts.  If we don’t allow them to use those gifts, they and the church will languish.  Delegation is the key.  Train people who have a passion for each of those programs (ministries) and let them do their job with supervision from you.  I went so far with this philosophy in my church that I tild my people that (outside of a few core ministries), unless someone comes forward as a leader with passion, I would not start any new ministries.  It has worked well.  My work load is down, our effectiveness is up, our people feel empowered to be part of the priesthood of all believers.  In short, they feel as though their ministry is blessed.

Try it.  Train leaders. Delegate them.  See where God takes you!