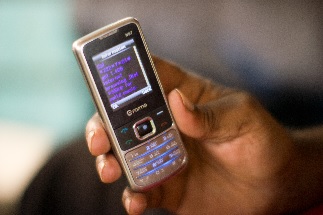 One of the recent trends in communication has been the adoption of cell phones by the general public.  Many of those people who have been the most adamant adopters have been in the younger generation.  Most young adults up to the age of 30 have never known a world without cell phones and cannot imagine being disconnected.  Even when these you people move out of their parents homes or leave college to get their own place they do not opt to have a land line.  The thought seems to be, “I already have a phone, why would I want a land line phone?”  In an economic sense this seems to be very logical…for us older people (older than 30…)  the thought of totally doing away with a land line seems equally unthinkable.

Despite the feeling of jumping off a cliff by getting rid of their land line,  bivocational pastors may want to follow the lead of their young adults.

The main disadvantage I can think of when getting rid of a land line is that your listing in the yellow pages will disappear.  However, this may not be the problem we think it is.  Yellow page usage is going down all the time, and people are searching on the web for phone numbers of churches.  A solution to this might be to try it for a month or two with a prepaid cell phone while keeping your land line.  See how it works before you make the leap!

In short, for the bivocational pastor a cell phone may allow you to be not only more efficient in your ministry but may cut costs for your church as well.