Planning for a sabbatical can be an intimidating process.  Bivocationals have numerous challenges which a fully-funded pastor will not have.  Primarily this is because the church may see fit to give their pastor a well-deserved break, but their secular job may cast a dim eye on such an enterprise.  Consequently, the plan must encompass the necessity for the bivocational to continue working in their secular job while being absent from their home church.  Here are a few thoughts for you to consider.

Absence from your local church does not mean absence from worship.  Be sure to include plans for worship somewhere.  You may want to connect with the pastor and let him know you are there for a limited time and on sabbatical, or maybe you’d just like to remain in the background.  Each of these has advantages, but going to worship is not an optional activity.

Rest and relaxation are an essential part of a sabbatical.  That is what is meant by ‘renewal’ and ‘recreation’.  A study worth doing would be to look into what those words mean in this context.  I have one friend, a long-time minister who has taken two sabbaticals, and each was based mostly on this thought.  In his case it was hunting, fishing and riding his motorcycle on a long trip.

Plan on using some time for ministry projects you don’t have time for normally.  Some ‘starter’ thoughts might be attending various churches in the area to compare worship styles and ministry opportunities, finishing a manuscript or helping a friend with a project.  You could plan out the coming year in sermons. One of my avowed projects should I be able to have a sabbatical soon is to help write guidelines for my District for this very topic, Bivocational sabbaticals.

Plan at least one personal spiritual retreat.  Use the time to pray and seek the face of God.  You can do this solo, or take your spouse or a friend along, but make sure the purpose of the retreat is clear.

Combine your sabbatical time with your secular vacation time to plan something special.  For instance, my wife and I have long desired to make a trip to Europe.  By combining a sabbatical and my secular vacation time we could do this more easily.  We could also use the time as a way to explore the spiritual temperature and culture of wherever it is we go, coming back enriched and refreshed.

Write down the various ideas that you come up with and share them with a mentor, your church board or District/Denominational leadership.  Ask them for ideas.  And in the process, you might be able to give them a few ideas, too!

“Remember the Sabbath day by keeping it holy” (Exodus 20:8)

During the last two weeks I have been extremely busy with various events.  The normal work schedule is of course supplemented with the usual variety of church functions, such as Tuesday night prayer and Sunday Worship.  Add to this the doctor appointments and a root canal for our 14 year old and it is quite a sight on the calendar.  So much so that I was very stressed out.  A couple weeks ago I took a Friday night to Sunday morning retreat seminar for chaplains.  The following weekend I met with my long-time prayer partner for a Friday night to Saturday afternoon hike in Fox State Forest near Windsor, NH.  If I had not had those two breaks I am pretty certain I would have been locked up in a looney bin! (Yes, I know that was politically incorrect, but then again so am I.)

The value of small, even informal, spiritual retreats cannot be overestimated.  Jesus had this same kind of practice.  Luke states that, “…Jesus OFTEN withdrew to lonely places and prayed”.  This was not a one time event for Him.  It was something He did often.  Jesus was under a lot of pressure and this was His strategy to recover and revive HImself.

Going off by yourself is like sharpening a saw blade.  Sure, it takes time to do it, but in the end you are more productive than working with a dulled (or broken) blade.  What do you do when you go on a retreat?  Different people have different ideas, but usually include some combination of reading, praying, studying and relaxing.  The next time you feel under pressure and about to ‘pop’, try going on a small retreat to rebuild. 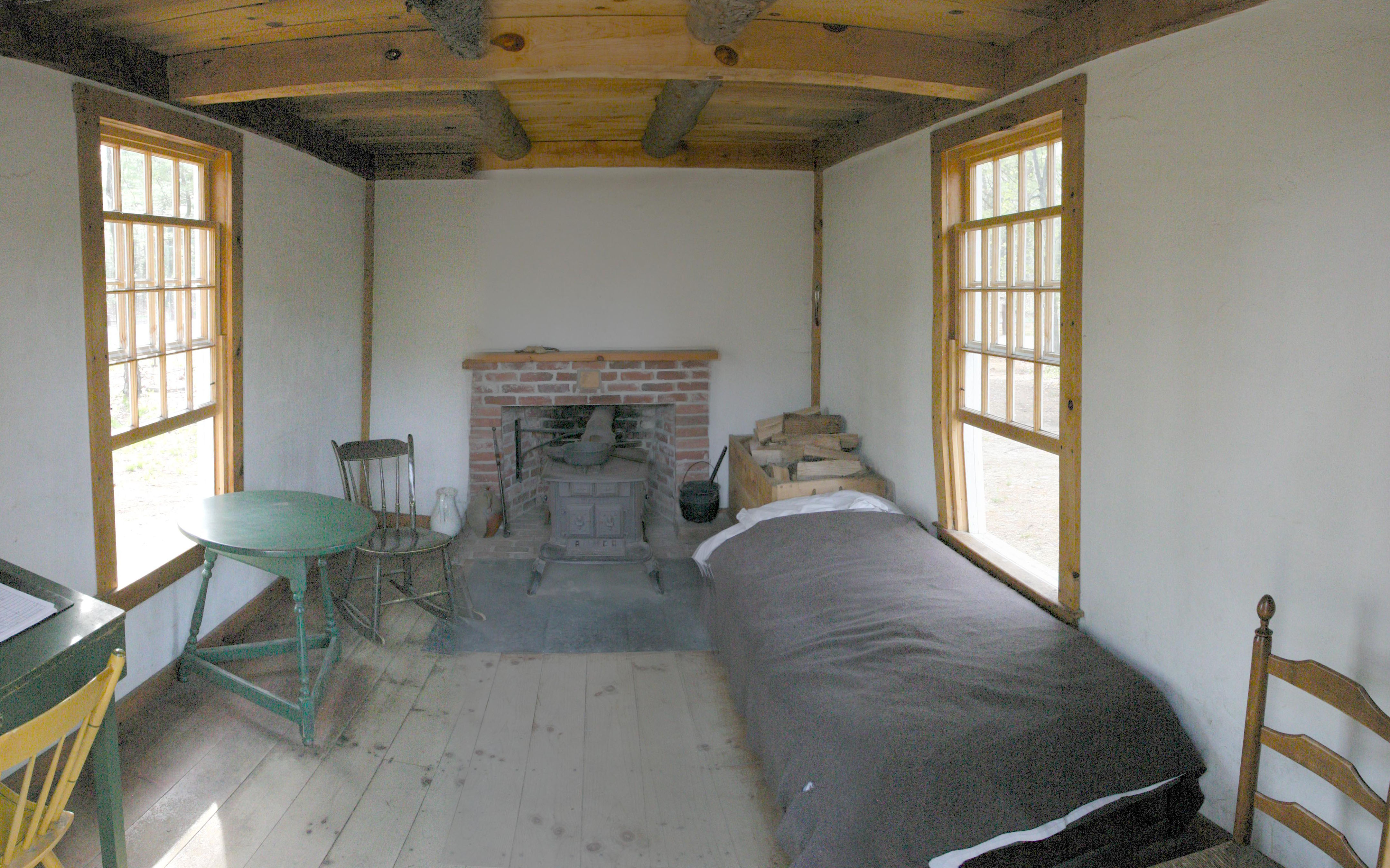 Jesus, during his Galilean ministry, took time to go aside from the crowds either alone or with His disciples for times of prayer and reflection. Spiritual retreats are still, today, a common fixture in many pastors lives, seen as both a way to recharge spiritual batteries and as a way to put in some concentrated study and preparation time for ministry tasks.  Some pastors will go on a retreat to spend time in prayer, while others may use the time to congregate with other pastors or to formulate their next sermon series.  No matter how you want to use the time you have blocked out, it is worthwhile to go on a retreat.

The problem in the bivocational world is most formal retreats are not usually scheduled to easily accommodate bivopastors.  On my own District, for instance, we have an annual ‘Pastor and Spouse Renewal’ in late Autumn at a hotel in New Hampshire.   The retreat starts on a Sunday afternoon and generally goes through Tuesday.  We have a good percentage of our pastors on the District who have never been to this retreat because of their secular work schedule.  So, how do you have a retreat under these circumstances?

First, realize that, as nice as it might be to join with other pastors, it is not a requirement to do so.  You can schedule your own retreat and it can be just as effective, if not more so.

Second, you need to schedule the retreat into your ministry calendar.  Put it down on a calendar as a firm commitment.  Inform your church board.  As for timing, a good possible schedule would be to start on a Friday night and go through Sunday afternoon.  Then put out feelers for a pulpit supply pastor.  If one is not available you might have to make do with a one-day retreat, but two full  days are preferable.

Thirdly, consider what your schedule is going to be, what the purpose of the retreat is.   Set a goal for yourself and keep the goal in sight.  Is it going to be a prayer and study retreat?  Are you intending to work on a project such as a manuscript, or to firm up your church calendar for the coming year?

One of the considerations you will need to allow for is, where the retreat is to take place?  There are many possibilities.  One person I knew in the past used to schedule retreats in a year-round motel on the coast of Maine, usually in February or March when the cost was very low.  He would write portions of his manuscript on an old manual typewriter, and treat himself to walks along the stormy beach and scrumptious feasts of clams and lobster at rock-bottom prices.  There are many places to look for cheap retreat locations (look for an article on this later!), but the key is to be open minded and practical.

If you are so minded and know other bivocational pastors you can invite three or four along to share costs.  Just make sure your goals are all compatible and it might be a good idea for you to schedule some activities together, such as a morning devotional time.  This kind of retreat can be as formal or informal as you wish.

The main though of this article is to encourage you to take time for a periodic retreat, but not be limited to the formal retreats planned on schedules that may not fit your own bivocational needs. As the words to the old hymn by William Longstaff say, “Take time to be holy, speak oft with thy Lord; abide in him always, and feed on his word.”