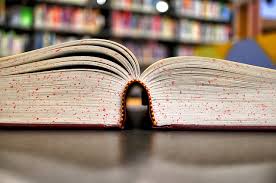 ‘Relevant’ is one of those buzzwords we like to throw around in ministry.  What IS relevancy, anyway?  The Merriam-Webster Dictionary defines it as, “a :  having significant and demonstrable bearing on the matter at hand  b : affording evidence tending to prove or disprove the matter at issue or under discussion c :  having social relevance”. Given those definitions it appears that being relevant for the minister means being able to speak credibly and appropriately to situations in people’s lives.  We have to be aware of the world around us and how people fit into it, along with how we as Christians should react to the various elements in the world.  Jesus, for instance, knew not only about Jewish society and customs, but He also knew how the Jewish nation fit into a world ruled by the Roman Empire.

1) Watch television!  It goes against much of what we hear in church, but in order to know what people are watching, we have to have at least some first-hand experience.  When people are gathered around the printer (water coolers are passe!!!), and they are talking about last nights episode of “The Big Bang Theory”, we need to have at least some idea of what they are  talking about.

2) Read the news!  What are the big issues being promoted?  You don’t have to agree with the priorities of news outlets, but you should know what is being disseminated through them.

3) Read some books!  Yes, books.  You know, those things with covers and pages with printing on them?  Actually, you don’t even have to read them.  One of the big books right now is “Fifty Shades of Grey”.  Quite simply I refuse to read the book or it’s companions. But I know what they are about, and I can converse with someone on at least some level about them.   Perhaps you can just read some reviews about books you don’t want to get into, or if you lack time, skim the table of contents of a few.

4)  Watch a movie!  Yes, movies…in the theater.  I realize that many of us have been brought up to regard the ‘movies’ as sinful or evil.  Funny, though, how we can avoid the theater but will watch the same movie when it comes out as a DVD or Blu-Ray.   What movies are people talking about in the office, or looking forward to coming out.  In my office it tends to be sci-fi and superhero action films.  “Avengers” created quite a few conversations, and people are waiting for the next installments to come out.

5)  Become knowledgeable about some sports!  The World Cup of Soccer has just been decided, and this was a topic of conversation in my office.  I don’t watch much of that stuff, but I have watched clips on the Internet.  At once place I worked it was American Football that dominated the office.  I knew next to nothing about it, but joined the office Football Fantasy League anyway.  I learned the rules, watched a couple games and had quite a few conversations about football.

OK, so what does this all have to do with being bivocational, and living missionally?  Being ‘relevant’ means being able to build connections with people so you can earn the right to speak to people about Jesus Christ.  We start where people ARE, and with God’s leading we are tools leading them to where He wants them to be.  It all starts with being able to connect with people.