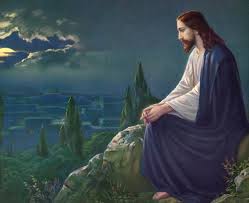 (Guest Article by Steve Beagles)
“ One of those days Jesus went out to a mountainside to pray, and spent the night praying to God” (Luke 6:12, NIV).
One of the major hallmarks of Jesus’s earthly ministry was His personal prayer life. He understood His dependence on the Father for the power to live a perfect life. As a result, He spent a large part of His time in private prayer pleading to God that He would fulfill His mission to be the perfect sacrifice for sin. If we want to live as Jesus lived, and have the same power that He had to minister to others, then we must pray as He prayed. Jesus always found time to be with His father even if it meant sacrificing sleep.
Many ministers, especially those who are bi-vocational, neglect personal Bible study and prayer in order to minister to the needs of others. But these pastors will often burn out under the weight of their responsibilities. Their ministry lacks the power and effectiveness that it should have, because they have gotten “too busy” to spend personal time in Bible study and prayer.
The most successful ministers and evangelists in history have always been men and women of prayer. John Wesley gave prayer first priority in his ministry and stated unequivocally that “God does nothing except in response to believing prayer.” Oswald Chambers also acknowledged the power of prayer in ministry by proclaiming “Prayer does not fit us for the greater work; prayer is the greater work.” When the Apostles found themselves getting bogged down with the details of ministering to the needs of other people they delegated authority to other people to free up time for prayer and evangelism: “But we will give ourselves continually to prayer, and to the ministry of the word” (Acts 4:6, KJV). Prayer was their number one priority.
Dr. O.S. Hawkins gives the following advice in his book, “The Pastors Guide to Leading and Living”

: “The pastor’s first priority is to be found in his own private life. This is the part of his life that is hidden from the church and even his family. It is spent alone with God in the secret place. Here he takes in daily from the Word and the Spirit in order to be able to give out in his duties to his family and his church. The wise and effective man of God gives priority to his own relationship with Christ and meets Him daily in the place of prayer, devotion, and Bible study.”
If Jesus is our example then we need to follow His direction and spend quality time away from distraction to be in personal communion with God. As a result, our ministry will be empowered to bless the needs of others in the power of the Holy Spirit.
[Stephen Beagles is a Christian writer living in San Antonio, Texas. He has been published twice in Good News Unlimited Magazine, and contributes regularly to his ministry website at Shamea Ministries .]